The Pitfalls of Using Punishment in Dog Training 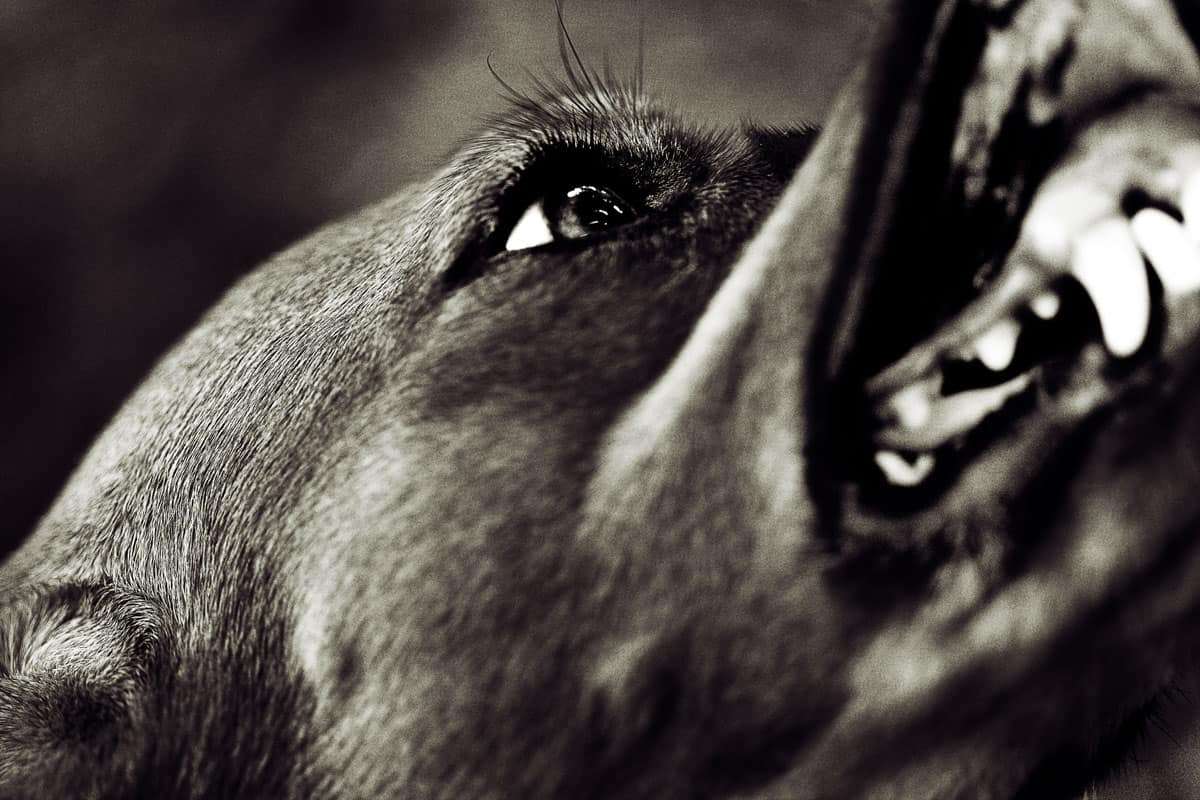 There are two main schools of thought when it comes to training pet dogs: Reinforcement-Based methodologies and Aversive-Based methodologies. Training plans that are based in positive reinforcement are designed to set the dog up to make good choices, which gives trainers the opportunity to reward those “good” behaviours. Behaviour that is reinforced is likely to occur again in the future, and that principle can be used to shape a dog’s behaviour into that of a polite, calm companion.

Aversive or punishment based training plans set the dog up to fail. When the dog makes an incorrect choice, the trainer can apply a punishment in the hopes that the dog will understand that that behaviour was “bad” and won’t try to repeat it again in the future. It’s true that punishment can be used to temporarily stop a problem behaviour. However, those changes come at a price, and the behavioural fallout that results from using punishment is greater than any benefit you might gain.

It doesn’t address the source of the problem

Punishment based training systems are centred around suppressing problem behaviours, but they very rarely address the source of the problem directly. For example, imagine that your dog barked and lunged to the end of his leash every time that he saw another dog while on his walk. For most pet owners, the first question they ask is: “How can I make my dog stop barking?” They just want the behaviour to stop because it’s embarrassing, physically hard to handle, and just plain frightening. While this question and line of thinking is completely understandable, a better question to ask is: “Why is my dog barking in the first place?” Is he afraid of other dogs and trying to scare them away? Is he over-excited and doesn’t have the skills to deal with his frustration?

Understanding the underlying cause of a behaviour is the best way to determine the most effective training plan to permanently reduce or eliminate the occurrence of a specific behaviour. Simply punishing your dog every time that he barks at another dog might temporarily get him to be quiet, but it doesn’t change how he feels about seeing other dogs and it does nothing to teach him how to cope with his fear or frustration. You might be able to stop the behaviour for a little while, but there is a very good chance that it will return and occur with greater intensity in the future.

Suppression of the behaviour is not the same as a change in behaviour.

Dogs that are punished may temporarily stop a certain behaviour in order to avoid punishment, but they don’t get any information as to what would be a better behaviour to put in the “bad” behaviour’s place. Eventually, the dog is likely to resort to trying to “bad” behaviour again or he will come up with some other behaviour that is just as unwanted. For example, there are quite a few dogs that like to jump up to greet their owners when they come home after being gone. Yelling at the dog to get off or trying to knee him in the chest when he jumps might temporarily stop him from jumping, but it doesn’t tell him how you would like to be greeted. Also, your dog was probably also reinforced for jumping on you because he got your attention (what he wanted in the first place!), which makes him more likely to try it again the next time that you come home.

In order for your dog to understand how to behave appropriately in a given situation, you have to show him what you want. One way to do this is to ask for known behaviours in certain scenarios and then reward outcomes that you like. Instead of trying to punish your dog for jumping, try asking your him to “sit” as soon as you walk in the door. As soon as he does, reward him with a treat and a calm, pleasant greeting. If you are consistent in this routine, your dog will understand that the quickest way to say hello to you is to sit and he will probably offer to do so without you even having to say the word. This works because your expectations are clear and the dog understands that he will get what he wants when he complies. No punishment needed!

While it can be scary to have a growling, barking, and snarling dog standing in front of you or at the end of your leash, it’s important to remember that growling, barking, and snarling are natural forms of communication for your dog. He is making those noises to make a point! They are warning signs that dogs give to each other and to humans in an attempt to avoid a physical altercation. These warnings are designed to increase the distance between your dog and his perceived threat, thereby keeping him safe.

It is much more helpful to have a dog that can tell you when he’s feeling uncomfortable, defensive, or scared. As dog owners, we want to know when a dog is feeling uncomfortable or threatened. We want to know what his limits are so that we don’t accidentally push him to the point where he feels the need to defend himself and someone gets hurt. If a dog is punished for giving warnings, there is a good chance that he will learn to suppress those warning behaviours and will, instead, go straight to attack mode. A dog that can warn people and dogs around him and have the warning respected doesn’t plan on or need to bite.

Every time your dog interacts with a new person, dog, place, or object, he is forming an emotional association with it that can be good, bad, or neutral. Using punishment-based training methods can create negative associations with anyone and anything that the dog encounters when he receives a punishment. For example, dogs that receive leash corrections for pulling on the leash during a walk can develop a fear of going outside. Dogs that are kicked or purposefully stepped on for jumping to greet their owners as they come home from work can develop a fear of any person that walks directly towards them or that comes through the front door.

Punishment can also create a negative association with the punisher, i.e. the human that is delivering the punishment. The timing of your reinforcers is important, but the timing of your punishments is even more important when you are working with your dog. It’s difficult to get timing that precise, and very few professional trainers are skilled enough to deliver punishments at exactly the correct moment. Because of this, the dog often doesn’t understand why he is being punished. All he knows is that this person is unpredictable, scary, and unsafe to be around.

Furthermore, the intensity of the punishment must be so severe that the dog never wants to perform that behaviour again. Most people don’t have the stomach to be that cruel to their dogs, so they deliver mild punishments that temporarily deter the dog from what he was doing. Over time, their dogs will habituate to that level of punishment and it will stop working to subdue the behaviour. In order to combat this, punishments have to become harsher and harsher to have any effect, which means that the dog’s associations with his owner will become more and more negative.

Training dogs, or any kind of animal for that matter, is a science and an art and a skill. There is always the possibility that any training method, reward-based or punishment-based, can be used inappropriately. The difference is that badly-applied reward-based methods will have little to no effect on the dog’s long-term behaviour, while aversive methods used under inappropriate circumstances or applied without skill or sufficient understanding can have serious and dangerous ramifications for the animal and for the people that are interacting with him. Why would anyone want to put themselves or their pet in such a situation when it can be easily avoided by using a different method? If you need help with changing your dog’s behaviour, do your research and find an experienced professional that specialises in reward-based training. They can help you modify your dog’s behaviour effectively and humanely so that both ends of the leash can live long, happy lives together.