The History of Canine Dominance Theory 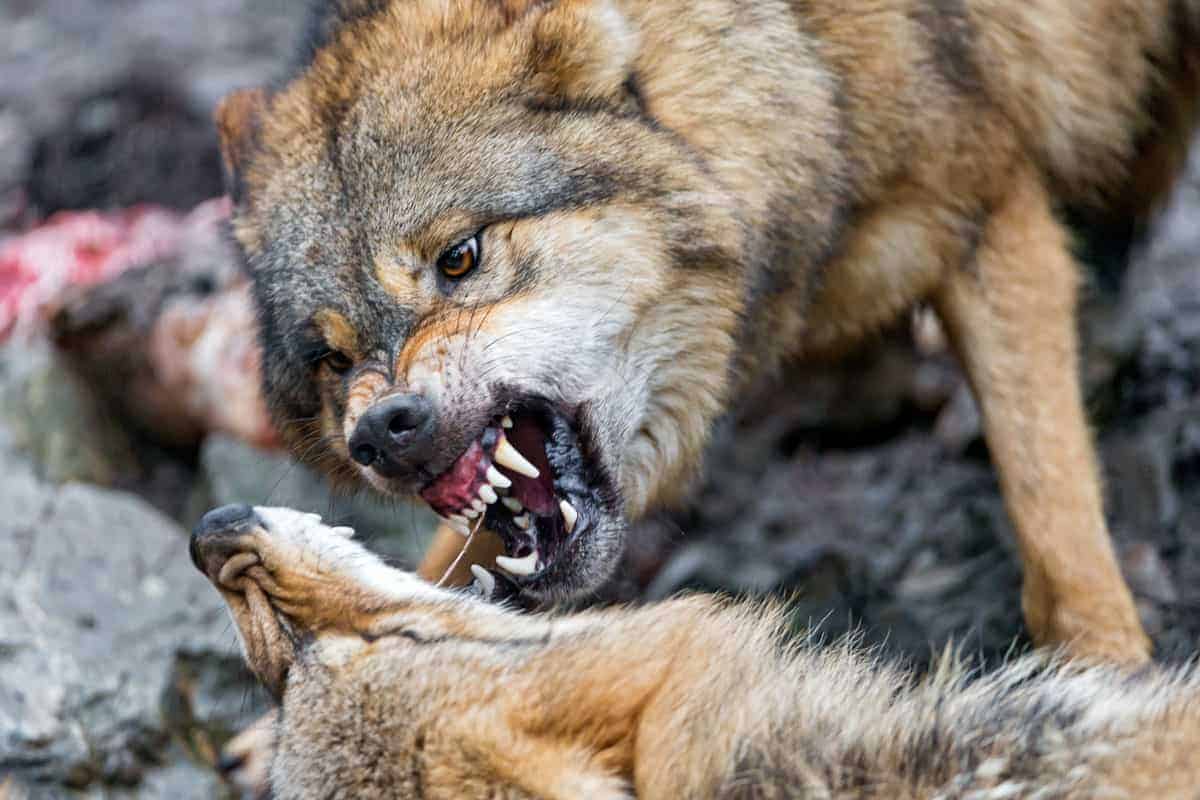 For many years, describing dogs as “alpha” and “dominant” have been a big part of dog training culture. Dogs that are difficult to handle or that don’t get along with other dogs or people are labeled with one or both of those adjectives as a way to explain their misbehaviour. Have you ever wondered what those terms came from and what they really mean in relation to dog training?

In the 1930’s and 1940’s, a scientist named Rudolph Schenkel wanted to study the social structure of wolf packs and better understand how a group of animals could work together as a group. Finding animals in the wild can be expensive and time-consuming, and it can also be difficult to track their movements and activities over large distances. One way to circumvent those issues is to look at the behaviour of individuals in captivity. Between 1934 and 1942, Schenkel studied groups of wolves living at several different zoos and wildlife preserves in Europe.

At the conclusion of his studies, Schenkel wrote a scientific paper in which he described a rigid social hierarchy within the wolf packs at the zoos. Individuals were thought to be constantly struggling to establish their place at the top of the hierarchy and were described as using aggressive displays and violent altercations to achieve their status. The wolves that won the fights were called the “alphas” and were considered to be “dominant” over the other members of the pack. Once Schenkel published his findings, other researchers repeated his study by looking at captive wolves in different facilities around Europe, and all of them reported similar findings. Because there was a consensus about the behaviour of captive wolves, it was assumed that wild wolves and other social canid species, like dogs, must behave the same way.

What did pack theory and wolf behaviour have to do with dog training? At the time it was believed that the domestic dog was directly descended from the wolf. If wolves lived in hierarchical packs and used aggression to dominate each other and earn their spot at the top of the pack, then dogs must be trying to do something similar when they displayed aggressive behaviour towards a human. Dogs must be trying to dominate us and show us that they are the “alpha” animals in our “pack.” If we believe that to be true, how do we tell dogs that they aren’t in fact the ones in charge in a way that they can clearly understand? We have to dominate them right back.

Once these ideas began to circulate, it was logical, and in fact, recommended to use heavy handed training techniques like “alpha rolls” (physically putting the dog on its back), leash corrections with choke chains or prong collars (to mimic the bites that adult wolves deliver to correct rebellious puppies), and any combination of jabs and kicks to make the dog “submit.” From the human’s perspective, the practice of applying pack theory to dog training “worked” because we got the results that we wanted. A “submissive” dog was generally a better behaved dog either because s/he learned to follow commands under the threat of physical punishment or because the dog avoided contact with its owners in certain situations.

Where are we Now?

Before the internet, most people had limited ability, if any, to learn about changes in our scientific understanding of wolf behaviour or changes in scientific understanding of how animals learn. Most people relied on the common knowledge that was passed down to them from older generations of family and friends to guide them in making decisions about training their own dogs. Using pack theory to explain wolf behaviour seemed to work, and as we know, behaviour that is reinforced is likely to be repeated. The idea that dogs are basically domesticated wolves that still try to dominate each other and us to establish their place in the pack still persists today among some dog trainers and behaviour counselors, as well as breeders, pet owners, and the media.

However, modern science has proven that wolf packs are actually formed according to different guidelines in the wild. Natural wolf packs are structured very similarly to human families – they normally consist of two parents who are in charge of making decisions, and then one to two generations of offspring. Furthermore, scientific studies have systematically demonstrated that the use of punishment-based training methods doesn’t actually resolve behavioural problems; in fact, those methods tend to make them worse. As information about reward-based training becomes more widespread and the average dog owner becomes more educated about dog behaviour, the use of punishment based training and the belief in “dominance” is slowly starting to decline. It is imperative that we continue on this path of embracing the science of behaviour and learning and rely less on a theory based on a misunderstanding. By doing so, we will be better able to set our dogs up for success during the training process, and we will set ourselves and our dogs up to enjoy a lifetime of peaceful companionship.