How to Survive and Thrive during Fear Periods 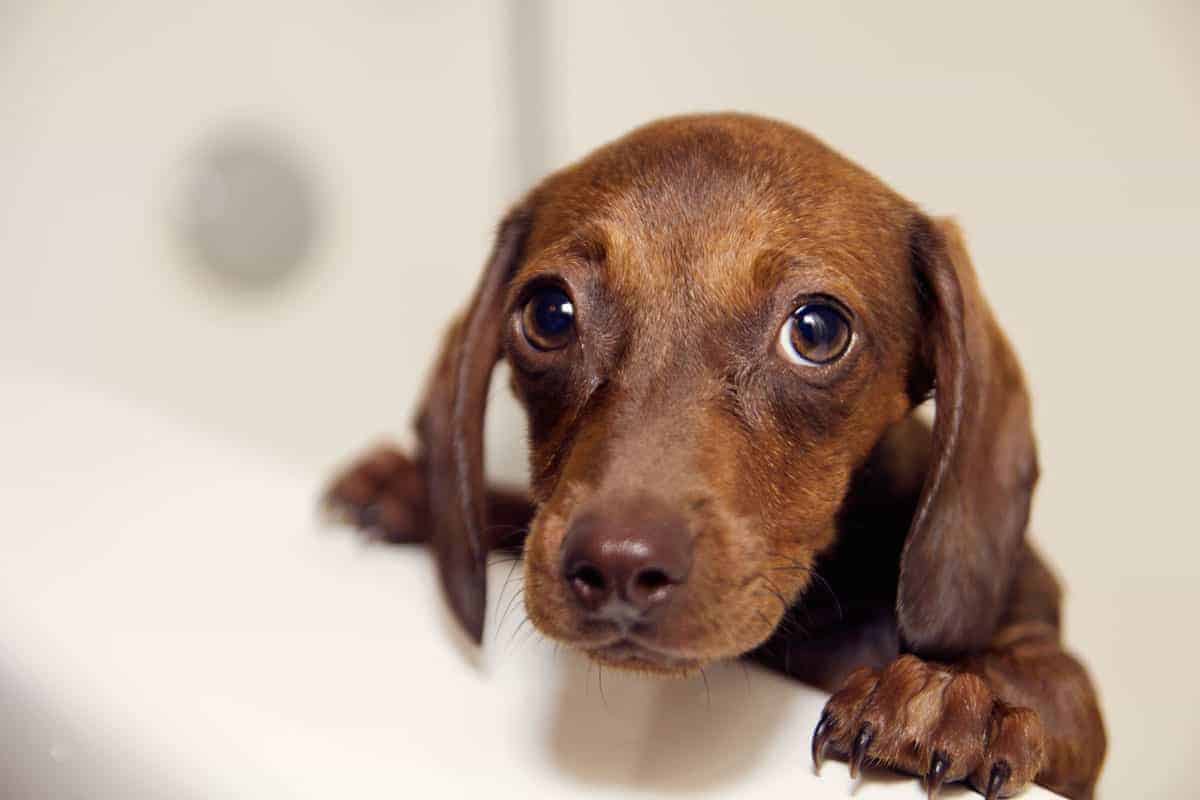 The first twelve to eighteen months of a puppy’s life are incredibly important. He is a little sponge that is constantly absorbing new information about the people, places, animals, and things around him. Most of us know that we need to socialise our puppies if we can hope to expect them to grow up into confident, happy adults. However, not everyone knows about the different developmental stages that puppies are going through at the same time. Each developmental stage is different, and can strongly affect the way a puppy perceives new information. One of the most important developmental stages to be aware of are called “fear periods”.

What are fear periods?

A fear period is defined as a stage of development during which the puppy may be more likely to perceive specific stimuli as threatening. There is some debate about how many fear periods puppies experience during the first 18 months of life – some experts say that there are two distinct fear periods, while others argue that there can be as many as four.

In general, the first distinct fear period occurs somewhere between the ages of 8 to 10 weeks. During this time, the puppy is very sensitive to traumatic experiences and even a single scary event can be enough to have life-long effects on his future behaviours. The tricky part about fear periods is that sometimes your puppy can develop a fear of something that he was previously familiar and comfortable with. Sometimes these fears develop gradually over the course of a couple of weeks, and sometimes they are sudden and extreme. The first fear period usually lasts about two weeks and then it subsides.

A second fear period usually occurs during the beginning stages of adolescence, somewhere between 6 to 9 months of age. The second fear period is very similar to the first one in that your dog can show fear or anxiety towards people, places, and things that he used to feel comfortable around. However, many owners report that this fear period can feel more intense because now the dog is larger and more powerful. When he wants to run away from or charge towards something, it’s much easier for him to drag you down the street! It’s believed that this second fear period coincides with hormonal changes due to growth spurts and reaching sexual maturity, but there is no conclusive evidence to support those theories to date. However, smaller dogs tend to experience their second fear periods sooner while larger dogs tend to go through their second fear period slightly later. Some experts believe that there can be additional fear periods that occur at approximately 1 year of age, and again at around 18 months of age for some individual dogs.

How to help your dog through them

Be Patient. Remember, your dog is not acting up just to throw a wrench in your plans. In his mind, that person/animal/place/object is legitimately scary, and he is just trying to keep himself safe. Be patient with him and find ways to help him feel more comfortable. Trying to force him to accept something scary can make his fear A LOT worse in the long run.

Avoid Scary Situations. It’s okay to avoid scary situations while your dog is working through a fear period. Remember, scary things make even more of an impression on your dog during a fear period than they would under other circumstances. As long as it won’t impact his health, it is okay to make it easier on your dog (and yourself!) by postponing that trip to the groomer or the vet by a week or two until the fear period passes.

Be Proactive. When you notice that your dog seems to be more sensitive than normal, or you know that he is reaching the age when a fear period is likely to start, make sure that you are prepared. Arm yourself with a variety of his favorite treats and toys whenever you take him on an outing so that you have something handy to help him make good associations if he seems unsure.

Have an exit strategy. Sometimes even the best laid plans go awry. Make sure that you have a quick, safe exit strategy from any given situation or activity planned out so that you can remove your dog from the situation should he start to get overwhelmed. Sometimes dogs just need a little bit of space and some quiet time before they are ready to rejoin the activity. Sometimes they need to leave entirely. Make sure that you are doing what’s best for your dog at any given time. It’s ok to leave and try again another time if a particular situation is too scary at the moment.

Fear periods are an important part of canine development. Knowing what they are and having a plan to help your dog work through them will make that period of time easier for both ends of the leash. It will also help you make sure that you are doing everything that you can to help your dog grow up to be a happy, confident adult!