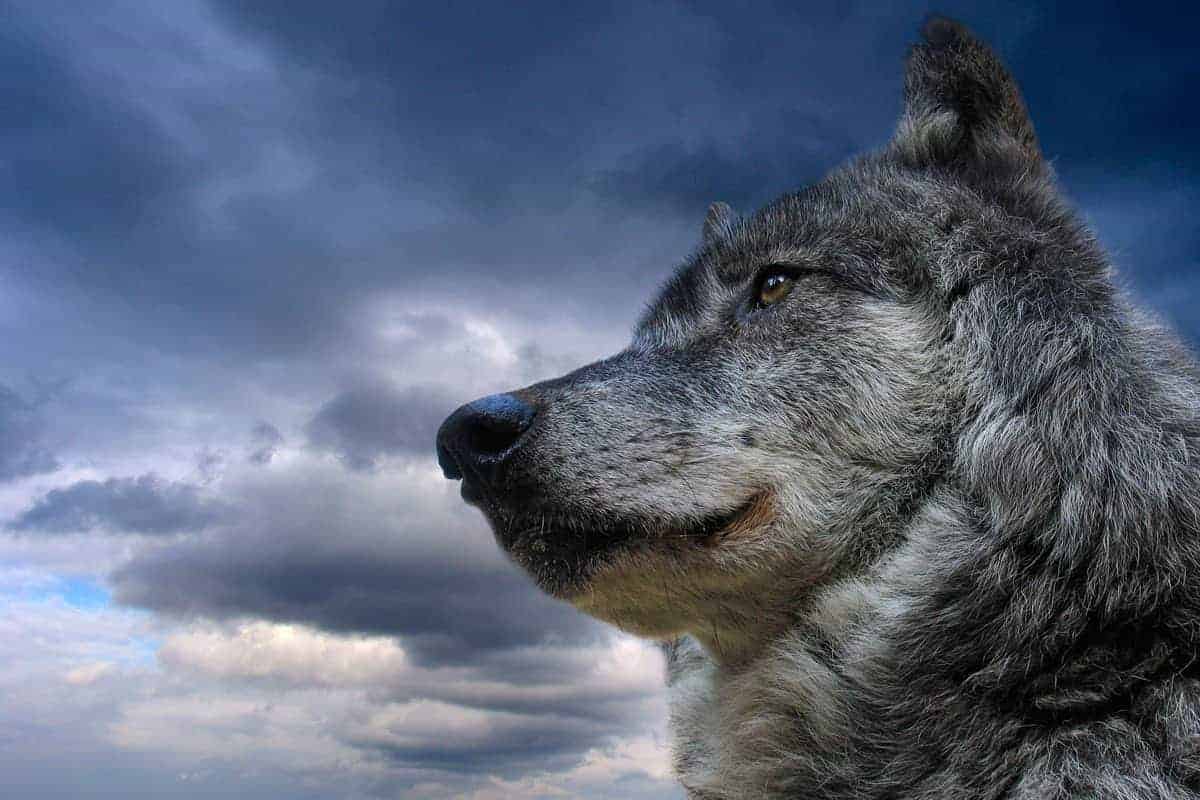 Dominance Theory has been used to describe and explain dog behaviour for many years, but a lot of dog professionals have started to question its validity and usefulness when applied to domestic dogs. When we take a closer look at the history and logic behind Dominance Theory, it just doesn’t hold up. Here’s why.

It’s based on a Misunderstanding

The notion of dominance in dogs stems from a misunderstanding of wolf pack research that was then applied to dogs. The wolf packs that Schenkel studied in Europe in the 1930’s and 1940’s were comprised of individual wolves that had either been captured from the wild for the purpose of displaying them in the zoo, or they were “problem” animals that were getting themselves into trouble by bothering human settlements or livestock. They did not represent packs that would form naturally in the wild. Schenkel was correct in observing that groups of unrelated wolves brought together in artificial, captive environments engaged in violent social struggles. However, we now know that extrapolating the behavioural analyses from captive wolves to wild wolves was a mistake.

Studies of wolf behaviour have shown that animals living in natural groups in the wild are not dominated by the most aggressive, “dominant” individuals. Instead, they have shown that wolf packs are structured very similarly to human families. Wolf packs normally consist of two parents, and then one or two generations of their offspring. There is a social hierarchy that exists, but it is not created through the use of aggression or physical force. Instead, it’s based on age and experience – the parents get to make the decisions because they have more information on how to survive than their pups do.

Dogs and wolves are not the same animal. The domestic dog shared a common ancestor with the wolf at some point, but it’s believed that the two lineages split somewhere between 34,000 and 9,000 years ago. Since then, dogs and wolves have followed two different ethological paths. Wolves have developed into highly social animals that work together to hunt and care for their young. The ancestors of domestic dogs were scavengers; they might have hunted small animals when the opportunity presented itself, but they mostly lived off of the scraps from other animals’ hunts or the waste that accumulated around human settlements. Feral dogs continue to live similar lifestyles today. If food and other resources are plentiful, feral dogs might be seen congregating in loose groups and they might form loose hierarchies, but those groups are temporary and quickly dissolve as soon as food, water, or space become limiting.

Even though wolves and dogs share a common branch on the evolutionary tree, they have developed different survival strategies. While there may be some similarities between the two, using the behaviour of one species to explain the behaviour of the other just doesn’t work. Dr. Ian Dunbar, a very well-known veterinarian and dog trainer, once said, “Saying ‘I want to interact with my dog better, so I’ll learn from wolves’ makes about as much sense as saying ‘I want to improve my parenting – let’s see how the chimps do it.’” Sounds a little silly, right?

The word “dominance” is a label that we have used to describe and explain a wide range of behaviours in dogs. Why is my dog growling at me when I try to pet her while she’s eating? Because she’s dominant. Why won’t my dog come back to me when I call him at the park when he does it at home? Because he’s dominant. How do you know that the dog is being dominant? Because she is growling or because he won’t come when he is called. It is a circular argument that focuses only on the fact that there is a problem. It doesn’t define the problem in specific terms (body language cues that are present, environmental context, frequency of occurrence, etc.), and certainly doesn’t offer any solutions on how to fix it.

Furthermore, the belief that a dog is “dominant” or “alpha” implies that he has ulterior motives to defy humans, and it’s also been used to justify the way that he is treated. Some people believe that it’s just the way that their dog is and that there is nothing that they can do to change the situation. They wash their hands of all responsibility for their dog’s behaviour and make no effort to help him learn another way to coexist. Other people believe that since their dog is trying to be “dominant” over them, then they are justified in using whatever means necessary (i.e. physical punishment) to exert their “dominance” over the dog to make him “submit.” Either way, both ends of the leash are being set up for a lifetime of frustration and perpetual misunderstanding.

We don’t need a Label to Change Behaviour

Rather than guessing at our dogs intentions, it’s much more useful to look at specific scenarios and clearly define the parts that we’d like to change. First, what does the problem behaviour look like? Now, put yourself in your dog’s shoes – what is he getting as a result of performing that behaviour? Dogs do what works, so if your dog is repeating the same behaviour time after time, something about the scenario is being reinforced. Behaviour that is reinforced is like to be repeated in the future. It’s as simple as that. If you want to change your dog’s behaviour in the long term, you have three main options. First, you can train an alternative behaviour. Second, you can change the consequences of your dog’s behaviour so that he is no longer rewarded for doing it. Or third, you can the alter the circumstances that set the stage for the behaviour to occur.

For example, a lot of dogs have a habit of jumping up to see if we have left any food on the kitchen counter. This most likely occurs because he is an opportunistic scavenger and sometimes he finds something to eat! Finding extra food is highly reinforcing, and he will probably continue to investigate the countertop whenever he can. So how do we fix this problem? We can train cues like Off or Leave It to remind him to keep his feet on the floor (remember, this requires you to supervise him so that you can redirect him if he makes a mistake). We can change the consequences for him by not leaving anything yummy on the countertop. If he is no longer finding reinforcement on the counter, he will eventually stop looking. Or, we can change the circumstances that led up to the behaviour by blocking his access to the kitchen when we’re not there to supervise.

Most people would agree that the most important part of any training programme should be to develop an effective working relationship between humans and dogs. Not only has Dominance Theory been shown to be invalid, it sets humans and dogs against each other by definition – only one species can be the dominant one. There is no room for teamwork. Instead of relying on myths that have been passed down from previous generations, it’s much more useful to rely on observable behaviour and consequences. Once we understand how to do that, we can devise training programs that will set both the human and the dog up to get what they want so that everyone is happy to stay in the game.