5 Ways to Improve Your Dog’s Recall 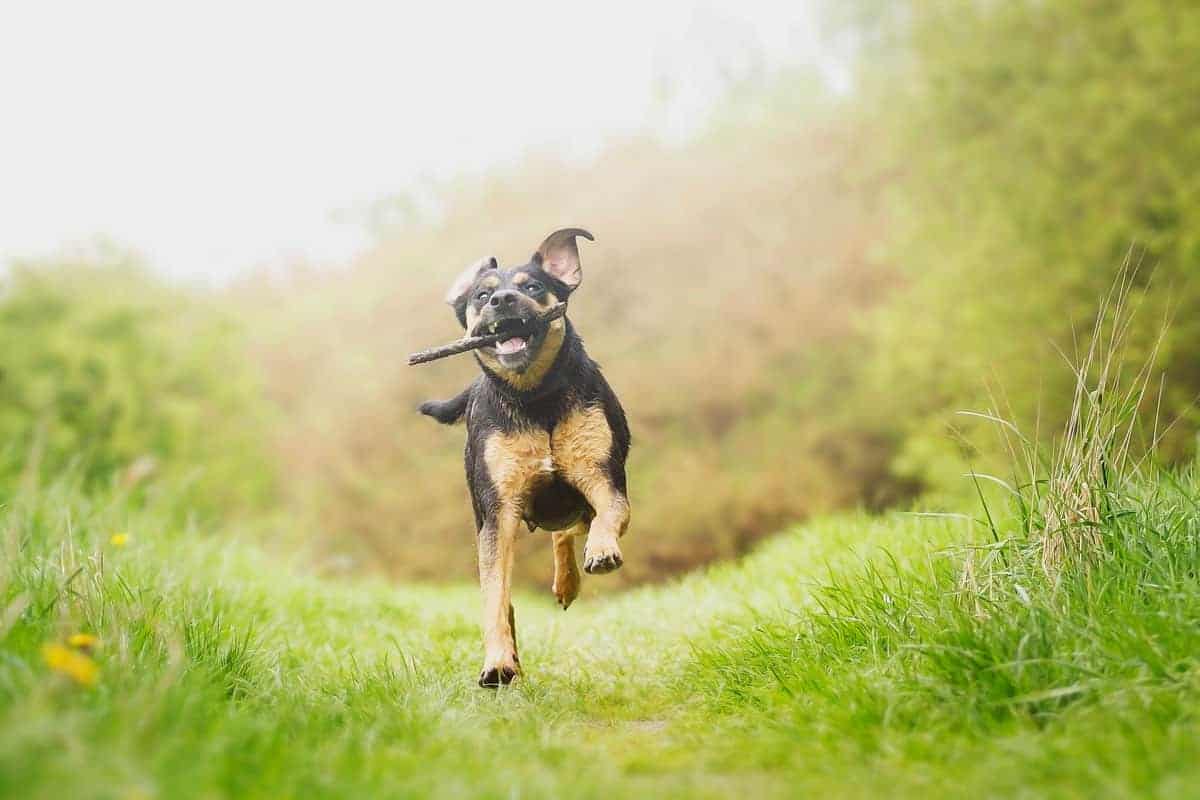 Come when Called (a behaviour also known as a Recall) is one of the most important things that you can teach your dog, and it’s one of the first things you should start working on when you get a new dog. A dog who responds quickly and consistently when you call him is able to enjoy freedoms that other dogs cannot. For example, he can play in the dog park, hike with you off leash in appropriate areas and be trusted to follow your directions to help him stay out of trouble in most situations. In general, it is not encouraged to leave your dogs off leash all of the time. Even when you have no plans to have your dogs off leash in unfenced areas, accidents can happen some times. Your dog’s collar might break or slip off over his head. You may accidentally drop his leash. You may accidentally leave the door open or the gate unlatched. When an accident happens, having a reliable recall could be the thing that saves your dog from something really tragic.

Teaching a dog to reliably come when called isn’t necessarily easy though. Some dogs are more naturally inclined to follow their humans and have no problem coming back when called. The majority of dogs, however, need to be taught how to come when you call them. No matter how much effort you put into training, no dog is ever going to be 100% reliable at coming when called. Dogs are not machines. They’re like people in that they have their good days and their bad days. Sometimes they don’t hear you call, sometimes they’re paying attention to something else, sometimes they misunderstand what you want, and sometimes they simply decide that they would rather do something else. While our recalls are unlikely to ever be perfect, it is our job to do our best to teach our dogs learn to LOVE to come to us when we call them. Here are five ways that you can stack the odds in your favour!

Decide what “come” means to you

What does “come” mean to you? This can seem like a silly question to a lot of people, but it’s actually really important that you have a clear, detailed picture in your mind of what you want your dog to do for you when you say “come”. Your dog should move in your direction, of course, but do you want him to sit in front of you when he gets to you? Or is standing in front of you okay? How long does he have to stay sitting/standing near you? Can he leave after a quick check in or does he have to wait until you release him to leave? What is the release cue that he’s waiting for?

Most of us are pretty good at practicing the “move in the human’s direction” part of the recall with our dogs, but we don’t put much thought into the other parts of the behaviour. This can create some confusion for our dogs, and we usually end up with an increasingly erratic behaviour – sometimes he comes to you sits, sometimes he runs right past you, and sometimes he doesn’t respond at all because he doesn’t know what you really want. To avoid the confusion, think carefully about what you want your dog to do when you call him. Once you have a clear idea in your head, you can design your training plan and make sure that you are thoroughly training each component of the recall behaviour so that there is no question in his mind about what his job is when he hears you say “come!”

Use your Release Cue as a Reward

If your dog was in the middle of doing something fun when you called him to come to you, you can use that activity as part of your reward for the recall by releasing your dog back to do it! This idea is based on the Premack Principle, or using a more exciting behaviour/activity to reinforce the dog for performing a less exciting behaviour. To give a human example, when I was growing up I was always told that I had to eat all of my vegetables before I could eat my dessert. Eating vegetables wasn’t my favourite activity, but over time I realised that it wasn’t so bad because I always got to eat dessert afterwards! Your dog’s feelings about his recall are probably pretty similar at early stages of training. He probably doesn’t want to come away from sniffing or playing with other dogs, but over time he will realise that responding to the recall cue doesn’t mean that the fun has ended; it just means that the quicker you respond, the quicker you can get back to doing the fun stuff!

Start rewarding before your dog makes it back to you

Reward your dog the second that he makes the decision to move in your direction on a recall, especially at the beginning stages of training. When we are training a recall, even at the beginning stages, our dogs are usually at least 5-10 feet away from us. That’s a lot of space for young dogs to get distracted by something that they pass, or unsure of their task. The more feedback and encouragement that we can give them, the more engaged they will be and the more confident they will be that they made the right decision. When you call your dog, begin praising him and offering the reward the second that you see him make the decision to move in your direction. It’s a lot more rewarding for your dog to move towards a happy, exciting human than one that’s standing still.

Make sure the Come is always fun!

Sometimes we accidentally “poison” our recall by calling the dog to us, and then immediately following it with an activity that our dog does not enjoy. For example, I used to always call my dogs to me when it was bath time. None of my dogs really enjoy getting a bath, and I noticed that they stopping coming to me as quickly and/or enthusiastically when I tried to call them to me while standing in the doorway to the bathroom where I typically bathed them. Another example that I hear about from a lot of clients is trying to get their dogs to come to them in the backyard or at the dog park. If the only time that you ask your dog to come to you is when it’s time to come in the house or leave the park, the dog is going to learn really quickly that the word “come” means that the fun is over. Try calling your dog to you and different times while you’re outside with them or at the park. When he comes to you, praise him, give him a treat if you can, and then send him back to whatever he was doing. By practicing this way, “come” doesn’t always mean that play time is over.

If you do need to do something that your dog might not LOVE, just go get him. Make sure that you don’t let it escalate into a game of “catch me if you can!”

Varying the rewards that you offer to your dog will keep the training game exciting. Dogs are masters at identifying patterns in human behaviour. Human calls the dog to “come,” the dog does, and then the human offers the same treat every single time. Some dogs are fine with practicing this same game over and over again. For other dogs, offering them a piece of kibble for coming away from sniffing or playing just isn’t going to cut it. Next time you call him to come, he might just say “Forget the kibble, human! I’m going to keep playing!” However, if you sometimes present your dog with a chunk of meat or his favourite toy as a reward for coming when you call him, he will probably be much more interested in playing the game with you!

All dogs are individuals and the specific rewards and training exercises that work for training a recall for one dog, might not work for the next. However, by following these five general rules, you can make sure that your dog’s recall is the best that it can be!