From humping his toy, to rolling in rotten stuffs, our dogs seem to have a never ending list of behaviours that amazes us. While no one knows exactly the “whys” behind these deeds, many theories have been postulated. And until we evolved enough to speak dog, these theories relating to the realm of weird doggy deeds will remain educated guesses. Here’s a poke at some of them:

The sight of your dog humping his stuffed toy (or yours!) is gonna make you cringe, your cringing is normal, and so is the humping. Its a matter of time your dog(s) discover that humping feels good, and that it can relieve stress, and they will keep at it. Both sexes are known to indulge in this behaviour, although males do it more often. Usually, we could look away and let them go on, but if they’re humping family members or friends who are visiting, some behaviour modification is required.

Dogs sniff each other’s bottoms when they meet. Some dogs carry over this practice when they interact with humans, greeting you with a quick butt sniff. Dogs do not know this form of greeting isn’t pleasant with humans, as to them, the sniff is a natural and instinctive form of ‘handshake’ to gather information and “say hi”. If you are greeted by a butt sniff, you could let them finish their sniff (it only takes a couple of seconds), or you can gently push the dog’s head away. Owners can teach their dogs that this kind of greeting is not appropriate in the dog-human relationship through basic obedience training. The best approach is to train the dog to sit and stay when meeting visitors.

If is perfectly fine for puppies to chase their tails, as it is a normal process when they start to discover and explore their bodies. This is provided the tail chase is mild, with little enthusiasm, and do not develop to become a compulsive behaviour. How could you tell if your dog has a case of Canine Compulsive Disorder (CCD)? It comes down to whether you can distract them from this behaviour. A compulsive tail chaser stops only to eat or to sleep. If they would rather chase their tail than go for a walk, he may be suffering from CCD and veterinary assessment may be needed. Tail chasing is often treated with enrichment programmes, including extended exercises, providing the dog increased opportunities to to perform species-typical behaviour like chasing and fetching, alleviating oppressive circumstances (e.g. extended confinement), and medication. Invariably, the docking of the tail is ineffective and does not resolve the problem.

People often think that when their dog eats grass, its stomach is feeling upset or that they are ill. However, a good lawn actually serves as a gourmet snack to many dogs. Though primarily carnivores, dogs are descended from wild canids, which consumed their entire kill when they hunted for food. Since they consumed many herbivores, the wound up eating plants found in the stomachs and intestines of their preys. So it’s likely that dogs may eat grass because it was once part of their normal diet, and they still like it. And on the mystery: Do dogs eat grass to induce vomiting, or do they vomit because they ate grass? Most vets believe that dogs eat grass because they like it, and vomiting naturally follows. Eating grass in moderation is considered a normal part of a dog’s diet, which is no cause for concern. However, do note that your dog should not be eating from a grass patch treated  with fertiliser, pesticides or herbicides, as it could cause stomach upsets or other problems for your dog.

It is an outright disgust for owners to see their dogs eat its own or another dog’s stool. What on earth is the attraction to this behaviour? Again until we speak dog we will never know for sure, but animal experts have the following to share: Nursing bitches naturally ingest their pup’s faeces presumably to keep the nest clean. This provides a survival benefit as it prevents unhygienic conditions from developing within the nest, and prevents odours which may attract predators. Additionally, most puppies go through an oral stage during which they investigate everything with their mouths, sometimes eating non-food items including faeces. Many outgrow this habit when they learn that food tastes better, requiring no intervention. It becomes abnormal when some slow learners continue to eat poop well beyond the accepted “norm”, long after their peers have developed new interests. These pups will require intervention to help them get off the habit. Though with differing degrees of effectiveness, most corrective programmes centred on the approach of denying access to the stool, either by prompt removal of the stool, or by distracting and leading the dog away before he could investigate his ‘fruits of labour’. These programmes normally require at least 6 months to nip the behaviour in the bud.

If we see a pile of dung or a decaying animal, most of us would step around it, but for some dogs, it would be their greatest desire to roll in it, coating themselves with distasteful odours. One theory is that dogs like to cover their own scent with horrible odours to make it easier to surprise their prey. Another theory is some dogs simply like being stinky. You probably can’t deny your dog of this desire, so your best bet is to spot the smelly things first and steer your pup in a different direction, or else you would be spending a lot on dog shampoo. 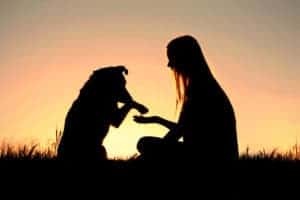 If you’ve ever lived with pain from injuries or illnesses,